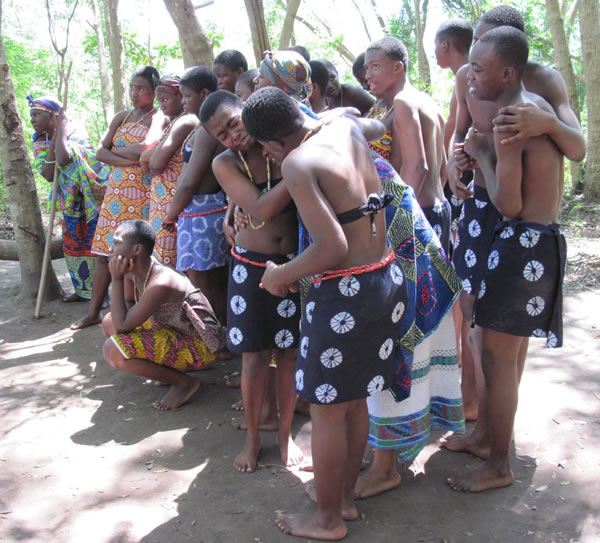 Achieve gender equality and empower all women and girls.

Discussions on this goal took us to all six (6) regions; Ashanti, Central, Easter, Greater Accra, Volta and Western. Our discussions were very interesting as some of the institutions we dealt with were single sex schools while others were mixed schools. We employed our standard practice of soliciting answers from the students;

The Queen mother of Brekusu and her retinue of sub queens graced one of the workshops and electrified the atmosphere with her depth of knowledge, personal experience and audacious contributions.

Having gathered momentum after very lively and insightful workshops, the whole team moved into top gear to deliver the last set of workshops and forums.

It is pertinent to admit that the brilliance and knowledge exhibited by the students in the workshops preceding this last one raised our expectation for this last one and we were not disappointed.

ANANSEFEST is the bringing together of children and young people between the ages of 10-19 years to use film as a tool for development.
Read on »

Ananseman Play House took the trainers through workshops and forums to understand the UN Sustainable Development Goals and translating the understanding into films.
Read on »

It has been established that sports is an activity that transforms the individual and society.
In leisure and competition, sports is a tool for development.
Read on »

The future of Ghana depends on the children and young people of today. It is a national educative programme designed at getting the children and youth in the various regions to identify, educate and solve issues that are pertinent to their locality.
Read on »

To bring out outcomes in the target group we deal with, we begin our first meetings with them through Interactive Lectures or Symposiums. For example, we had both symposiums and lectures on the UN Sustainable Development Goals before continuing with workshops.
Read on »

In 2015, Ananseman Play House has laid the foundation with GTV to air TV drama series for thirty-nine (39) weeks on five (5) thematic areas of the UN Sustainable Development Goals.
Read on »

Anansefest will enearth the hidden talent in the children and help them discover future profession in the creative arts.

It is a welcome development that the potentials of the individual students are now being nurtured through Anansefest and we intend to partake in subsequent competitions by Ananseman Play House.

National development depends on the youth and Anansefest is helping to showcase the talents of the students and youth while who will be future leaders.

Our drama group was invited to participate in the Anansefest competition and we found it really informative and exciting.

Anansefest has shifted the focus of the youth from vices and cultism to seeing that they also could be shining stars. 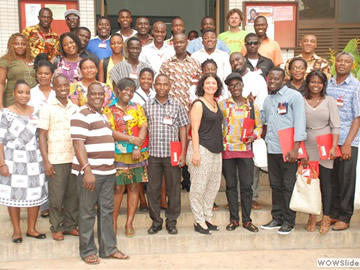 This workshop organized for the various instructors of the participating schools and members of Team ANANSEFEST was aimed at exchanging ideas on how to train young people in filmmaking. There was a presentation by Füsun Eriksen-Director of Buster Copenhagen International Film Festival. 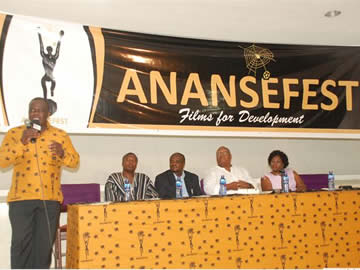 The much awaited launch which was held at the Exhibition Hall of the National Theatre was attended by over 300 persons, the event was chaired by Mr. Nat Nunoo Amarteyfio and honoured by Dr. Bernice Heloo (Deputy Minister for Environment, Science, Technology and Information). 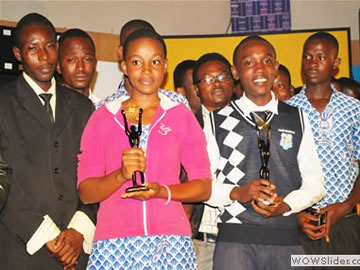 Ananseman Playhouse, the producers of Ghana's first ever National Students’ Film Festival have had their maiden awards night at the British Council Hall on the 24th of June, 2011. The awards night was held after the thirteen weeks of screening on GTV.